We’re a team. ‘Boomerang and Spear’ is our team branding. In the Nyungar/Noongar language – from the south west of Western Australia – Kylie (or Kerli/Koilie) means ‘boomerang’ or ‘small boomerang’, and Clint (or at a stretch, Kitj) means ‘Spear’. As ‘Boomerang and Spear’ we work together on language projects and creative endeavours. We also offer tailored cultural consultation, script reading and personalised referral services. 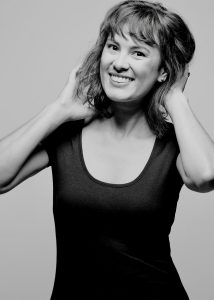 Kylie’s directing credits include Fist of Fury Noongar Daa – the first feature film to be dubbed in an Australian language – for Perth Festival and Boomerang and Spear (2020-21), Hecate for Yirra Yaakin Theatre Company in association with Bell Shakespeare (2019-20), Don’t Ask What the Bird Look Like at Queensland Theatre for Queensland Premier’s Drama Award (2018-19) and Windmill Baby as ‘Associate Artist’ at Belvoir Street Theatre (2011). She served as assistant director on The Business (Belvoir Street Theatre), Beautiful One Day (Ilbijerri and Belvoir Street Theatre) and Amy Goes to Wadjemup (Jag Films), and as co-artistic director for the large-scale Welcome to Country event as a part of the 2006 Perth International Arts Festival.

Kylie has received increasing recognition of her significant and lasting contributions to Western Australia as a Noongar language activist and creative mentor. She has long been a face of Aboriginal language survival hosting the early childhood television program Waabiny Time (NITV) since 2009. She developed innovative works completely in Noongar language, including the reimagining of Shakespeare’s Macbeth titled Hecate (2020). Kylie performed her Noongar translations of Shakespearean sonnets at Shakespeare’s Globe in London (2012). In 2014, she delivered a TEDx talk to raise awareness of Australia’s Indigenous languages. Kylie co-translated and directed re-voiced Noongar language episodes of the award-winning animation series Little J & Big Cuz and has also directed a series of Noongar Storytelling videos for Perth Festival, as well as the Mayakeniny Noongar language webisode series.

Her voice is featured on Fist of Fury Noongar Daa (2021), Little J and Big Cuz (NITV/ABC) both English and Noongar versions, the feature film Mystery Road (2013), and various radio and television commercials. Kylie is a past presenter of the Marngrook Footy Show (NITV) and was a guest panelist on ABC’s Q&A ‘Shakespeare special’ (2016). She also co-wrote the short film Main Actors (ABC, 2006) and has contributed to various publications.

Kylie has coordinated and managed a variety of theatre, film and television, and radio industry programs. She was employed by Yirra Yaakin Noongar Theatre (now known as Yirra Yaakin Theatre Company) for eleven years, was stationed as Program Manager of the Media and Screen Industry Indigenous Employment Program for Screen Australia, and Program Manager of the Indigenous Department at the Australian Film, Television and Radio School. Kylie is currently employed as Associate Artist at Perth Festival as a leader in their programming team. She is also currently in film production playing the role of Piper in Irreverent, an Australia-set crime drama for Matchbox Pictures. 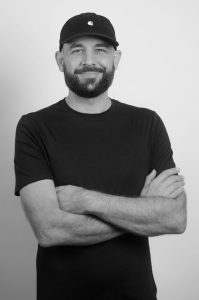 Professor Clint Bracknell is a musician, song-maker, and researcher and from the south coast Noongar region of Western Australia. His award-winning PhD research focused on Noongar song and he leads an Australian Research Council funded program of research focusing on the connections between performance, language and landscapes. He recently released a collection of Noongar-language technicolour dance tracks as Maatakitj featuring ARIA award winning Australian music icon Paul Mac.

Professor Bracknell is Deputy Chair of the AIATSIS Council and a member of the ARC Centre of Excellence for the Dynamics of Language Advisory Board. He was awarded the 2020 John Barrett Award for Australian Studies, presented the Australian Academy of Humanities 2019 Hancock Lecture and was recipient of ECU’s 2021 Research Engagement Award, the University of Sydney’s 2017 Wingara Mura Excellence Award, and UWA’s 2016 Robert Street Prize for the most outstanding PhD thesis each year. Initially a high school teacher, he has received both secondary and tertiary teaching awards. Clint contributed to the United Nations International Expert Group Meeting on Indigenous Languages in 2016, regularly presents at research conferences, and publishes research about music and language.

Currently Professor of Indigenous Languages in the School of Languages and Cultures at the University of Queensland, Clint developed the Bachelor of Music (Contemporary Music Practice) at the Sydney Conservatorium of Music (2014-2018).

When you’re trying to record a self tape but you

Deep in thought here and holding back powerful tea

I come from the oldest living culture in the world